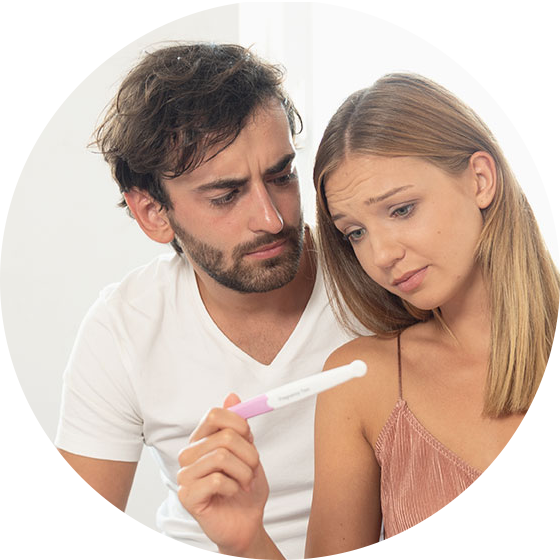 According to the data from the World Health Organization, 25% of couples worldwide experience infertility. It is approximately 90 million couples, and this number rises by 8-9% annually.

Within the recent 30 years, the typical age of the first pregnancy has also increased by 8 years. This means that in developed countries, the decision of having the first child overlaps with a sudden drop in the AMH hormone level, which is responsible for the ovarian reserve. This hormone drastically decreases in women older than 30. Then, a reduction in the fertility can also be observed, and the risk of failing to become pregnant while trying for a year increases from 5% (20–25 years) up to 30% (35–38 years).

In addition, the data of the Polish Gynecologic Association show that the infertility issue is also affecting approx. 1.5 million couples every year. According to the GUS’s (Central Statistical Office) demographic forecasts, by the end of 2050, the population of Poland will reach 34 million people, which, compared to 2013, means a reduction in the population by 4.55 million, namely by 12 percent

Is affected by infertility (intercourses without contraception exceeding 12 months)

of giving birth to the first child. Since 1990s, the average age has increased by about 7 years

What do couples currently
use to verify an ovulation window? 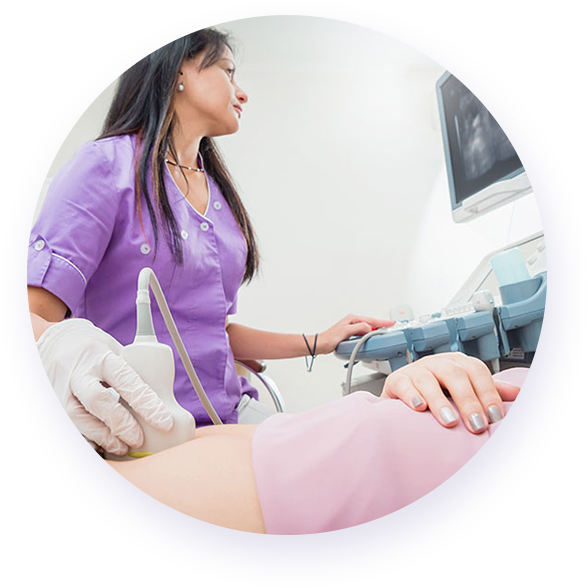 Currently, the only effective way of determining ovulation is a
USG examination, which is unpleasant and stressful. This involves visiting a gynecologist, and monitoring the cycle,
and making USG tests systematically,
for 3 to 6 months, until becoming pregnant.
The monthly cost ranges from PLN 750 up to PLN 1250. 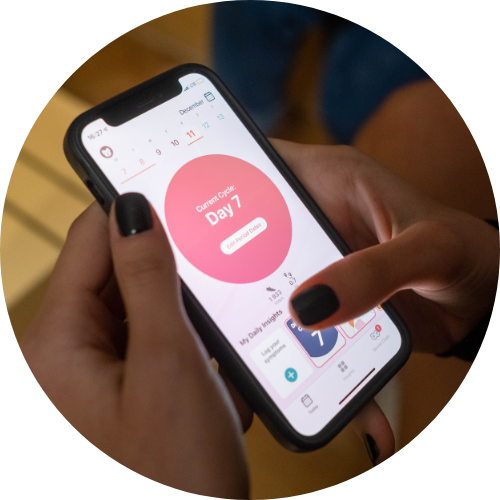 Another way is using applications that support
pregnancy planning. The vast majority of the applications is based solely on the body temperature, or on daily records of symptoms.
In spite of being time-consuming and their insufficient effectiveness, more than 600 million women use them, and the monthly cost reaches even PLN 130.

Today, the global market of the fertility forecasting applications is worth USD 600 million (acc. to the Global Fertility Tracking Apps)

The size of the global women health applications market has been evaluated at USD 1.0 billion in 2018. And it is estimated that it will reach CAGR at a level of 17.9%. 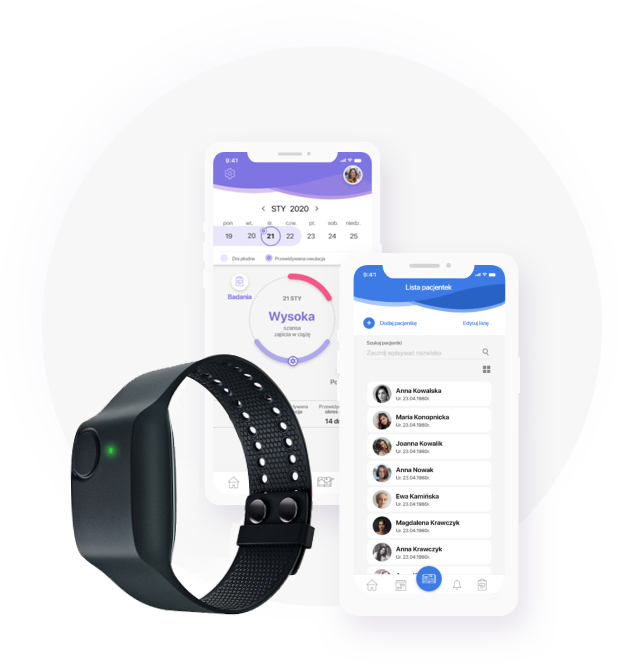 Bambino uses a method that is innovative worldwide of reading the galvanic reaction of the skin using a smart band, which, in combination with advanced artificial intelligence algorithms, estimates the time when ovulation starts. This way, a woman can easily know her cycle better, and also predict with an accuracy higher than 90% the best moment for getting pregnant.

More About the Technology >

As compared to competitors existing on the market, it is a huge step forward. In addition, the method has been reviewed and examined clinically. As an original solution, it has been covered by patent protection.

More About the Examinations > 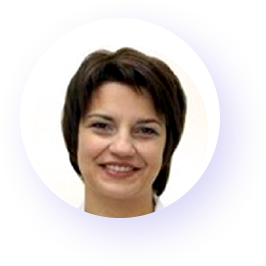 obstetrician, a gynecological endocrinologist and a reproduction specialist

Trying to have a child happens to be very stressful for couples, especially for women, which, paradoxically, hinders this process and slows it down.
We can avoid this by using the Bambino.ai+ application.
At this moment, we can predict one’s ovulation with 90% accuracy,
namely the best moment for getting pregnant, and all this without interfering with the woman’s natural rhythm.
It is a significant step forward, and a great help for married couples who are trying to have a child.

Finishing the Application –
extending the application by additional modules (statistics, knowledge base, and others)

Building a team – the first studies by the interdisciplinary team

Resistance in women and men – Discovery of the fact by F. Jolly that the resistance value of a woman’s body is 30% higher than that of a man Contact us Start cooperation

Finishing the Application – extending the application by additional modules (statistics, knowledge base, and others)

Building a team –
the first studies by the interdisciplinary team

Resistance in women and men – Discovery of the fact by F. Jolly that the resistance value of a woman’s body is 30% higher than that of a man 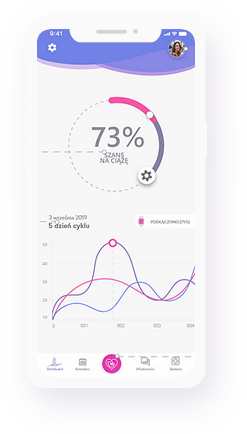